Throughout most of Broken Arrow and Tulsa, HOA dues are over $100 a year, however since the CAHOA has so many homes we are able to have the dues be only $25. With this money the CAHOA maintains the beautification of seven entrances, publishes the bi-yearly Breeze, organizes the best Easter Egg hunt in the area, advertises two annual garage sales, and there’s much more CAHOA volunteers would like to do.
Unfortunately, the membership totals for 2019 have seen a loss of about $1200 from the previous year. This is both a loss of twenty members who chose not to pay and the slight fee associated with the choice to pay online. We hoped that by providing this easy service for payment we would find an increase in participation but that doesn’t seem to be the case.

Our largest expense (by far) is mowing and entrance beautification. For the past three Breezes we have requested volunteers to help us with the planters on each entrance and at the parks, but have received no additional help (those who already volunteer we THANK YOU). Based on this assessment, we will have to add these planters to our mowing bid which will increase our already expensive bill.

If there is something the CAHOA could do that would encourage you to pay the $25 annual dues we would love to know. The lack of participation in CAHOA activities and the difficulty to get volunteers is discouraging to the CAHOA Board. In a neighborhood of over 900 homes, it is a little disturbing that the same %35 have been serving without support from those closest to them. 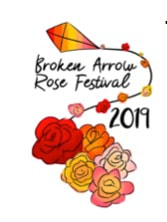 Broken Arrow Rose Festival
ART CONTEST- June 1, 2019
SUBMISSION Guidelines
​Download
ANIMALS, PETS, RUNNING FREE AND OFF LEASH WITH OWNER
The following are items from the BA Code and Ordinances.  If you would like to have additional information, it is available on line at the Broken Arrow, OK City web site.

  Sec. 5-1. – Definitions:
The following words and phrases, when used in this chapter, shall have the meanings prescribed in this section, except in those cases where the context clearly indicates a different meaning:
Animal means any horse, mule, donkey, pony, cow, sheep, goat, hog, pig, dog, cat, rabbit, chicken, goose, duck, turkey, or other animal or fowl.

At heel: Means within a radius of ten feet of the owner and obedient to the owner's commands.
At large means that an animal is:
(1) Off the premises of its owner while not securely and physically restrained by means of a chain, harness, leash, rope or other device required to restrain such animal.
(2) On the premises of the owner, but not confined or at heel.
Nuisance animal means any animal which:
(1) Digs into the landscaping, garden or similar property of any person other than its owner; or
(2) Scatters garbage or other waste; or
(3) Chases any domestic animals; or
(4)  Through the creation of offensive odor, lack of sanitation or the creation of excessive and repeated noise, becomes a significant disturbance to the peace and welfare of the inhabitants of the community.
Owner means any person:
(1) Possessing legal title to any animal, or
(2) Possessing no legal title, who keeps or harbors the animal for more than ten days.
Dangerous animal means any animal that:
(1) Has bitten, attempted to bite, or attacked any person without provocation; or
(2)Is disposed to attack persons or other animals it may meet.
(3) Provided that the definition shall not include dogs owned by any unit of government, which are trained and used as a part of a law enforcement team, based on any conduct associated with their training, practice, or law enforcement activities.
(Code 1970, § 3-1; Code 1977, § 5-1; Ord. No. 1136, § 1, 8-1-1983; Ord. No. 1562, § 1, 9-5-1989; Ord. No. 1687, § 1, 4-6-1992; Ord. No. 2067, § I, 6-2-1997)
Sec. 5-9. - Permitting animals to run or be at large.
(a) It shall be unlawful and a class C offense for any owner to fail to prevent any animal owned, harbored or kept by him from being at large within the city.
(b) It shall be unlawful and a class C offense for any owner with an animal at heel to fail to prevent that animal from becoming at large.
(c) It shall be unlawful and a class C offense for any person to abandon or desert any domestic animal or to permit any such animal to become a stray.
(d) It shall be unlawful and a class C offense for any person to open any enclosure in which an animal is confined so as to turn such animal at large, or in any other manner to release such animal to roam at large.
(e)It shall be unlawful and a class B offense for any person to fail or refuse the request of a police department representative to honor a warrant from the court to deliver any animal which:
(1) Has been declared a nuisance by a court of competent jurisdiction, or by the city council pursuant to normal processes; or
(2) Is suspected of having or being exposed to rabies; or
(3) Is a dangerous animal.
(Code 1970, §§ 3-2, 3-3; Code 1977, § 5-9; Ord. No. 1136, § 2, 8-1-1983; Ord. No. 1562, § 2, 9-5-1989; Ord. No. 1592, § 1, 5-21-1990; Ord. No. 2067, § I, 6-2-1997)
Sec. 5-39. - Animal excrement.
Any person having custody or control of any animal shall remove the animal's excrement, immediately upon its deposit, from any public or private place within the city, other than the property owned or occupied by the person owning or having control of the animal. This section shall not apply to utility or assistance animals or to animals used by police officers for law enforcement or tracking purposes. Violation of this section is unlawful and declared a class C offense.
(Code 1977, § 5-39; Ord. No. 2286, § I, 6-19-2000)